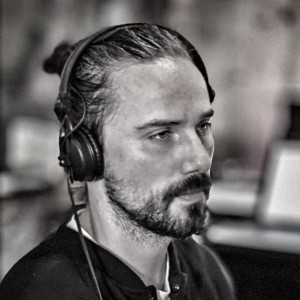 Nicolas Börger is a keyboard player, songwriter and music producer from Hamburg/Germany. His projects and productions showcase his wide field of creativity and musical spectrum: from jazz to pop, from hip-hop to electronic club music. Growing up in a musical family, he began taking lessons and improvising on the piano at age 6. In his adolescence he dove intensively into synthesizers, music workstations and samplers. Nicolas immersed himself deeply in the worlds of jazz, hip hop & soul but also in songwriting and production methods of artists like The Beatles.

In 2008 Nicolas graduated from the music conservatory in Münster with a keyboards & music production diploma. In 2010 he took part in the renowned Popkurs at the University of Music and Theater in Hamburg. This was followed by productions and intense gigging with well-known German artists such as Cäthe, Cosmo Klein, Dr. Ring Ding & Ferris MC.The scene recognized Nicolas’ musical handwriting and his own style. He made a name for himself playing concerts and tours with popular artists like Cassandra Steen, Mark Forster, Nneka, Y’akoto and Samy Deluxe in Germany and internationally.

In 2016, Nicolas dropped his first major label release as a producer and songwriter of his own project Nachtmensch on Warner Music. In 2017 he co-produced an EP of German hip-hop legend Das Bo and he released the debut album of his project Grammophon Jazzband. At the end of 2017 Nicolas went on tour with the band Gloria and worked on their EP which was released on Grönland Records.

Since 2018 Nicolas has been the permanent keyboard player of Gloria, the house band of one of the biggest weekly German tv shows – Late Night Berlin. Late Night Berlin is hosted by the renowned show master Klaas Heufer-Umlauf. Since 2018 over a 100 shows were produced.

In 2019 Nicolas found the band The KBCS and their debut album was released on Lègére Recordings. An intensive collaboration and touring with artist Flo Mega followed. In the same year German hip-hop star Thomas D of Die Fantastischen Vier took notice of the KBCS and invited the band into his studio. In 2021 The KBCS produced the new album “M.A.R.S Sessions” with Thomas D which was released in summer 2021.

In 2021 The KBCS were signed by Sonar Kollektiv, label of world-famous Jazzanova. The KBCS’ second album “Color Box” was released in late 2021.

Since 2022 Nicolas is on tour with multi-platinum awarded german rap star Kontra K as keyboardist and ableton stage operator.